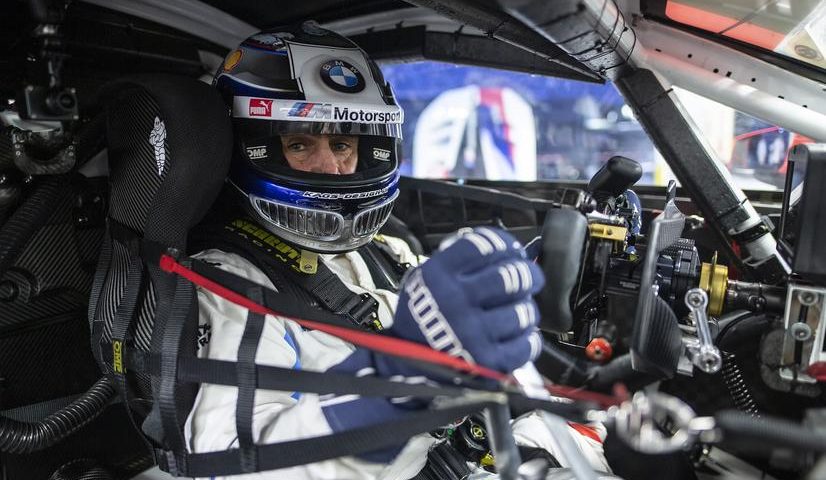 Alessandro Zanardi on his different challenges at Misano and Daytona.Successful DTM guest appearance an excellent test opportunity and a “good omen for Daytona”.Zanardi: “In terms of driving experience, the BMW M8 GTE is between the BMW M6 GT3 and the BMW M4 DTM.”

January 10, 2019 , Munich, Germany… After his successful DTM guest appearance at Misano (ITA), the next highlight will soon be upon Alessandro Zanardi (ITA). In just over two weeks (26th/27th January), the BMW works driver will contest the 24-hours of Daytona (USA) in the BMW Team RLL BMW M8 GTE. For Zanardi this means the transition between totally different challenges: from sprint to endurance races, from the BMW M4 DTM to the BMW M8 GTE and from racing alone to a shared start with team-mates. Nevertheless, the DTM guest appearance in the BMW M4 DTM was the perfect test run for the “Road to Daytona”.

The two DTM races at Misano each lasted 55 minutes plus one lap – now, at Daytona, a marathon twice around the clock awaits Zanardi. Whether sprint or endurance, the Italian loves both. “It is like asking if you prefer meat or fish. I have the privilege of doing both. For me it is always a gift to be part of such a professional racing team and to drive such great cars as the BMW M4 DTM or the BMW M8 GTE,” he said.

On his DTM guest appearance at Misano, Zanardi was on his own in the cockpit. Despite difficult conditions with rain and the dark, Zanardi finished in a superb fifth place in the race on Sunday at Misano. A sensational performance – and he reckons that over the distance of the 24-hour race at Daytona “theoretically it should be easier for me to perform at the level it takes than it is on a single lap when you are fighting against very talented guys in their mid-twenties.” The fact that he achieved a strong result at Misano is “hopefully a good omen for Daytona.”

At the 24-hour race at Daytona he will be part of a quartet and take turns at the wheel with his colleagues John Edwards (USA), Jesse Krohn (FIN) and Chaz Mostert (AUS). “At Misano I had a touch of independence and self-centredness to satisfy my ego,” he said grinning. “Now it’s time to prepare for this fantastic new adventure. I know that it will be a great deal of fun to share the car with other drivers. I had this experience at Spa in 2015, when I contested the 24-hour race there with Bruno Spengler and Timo Glock. To this day it remains one of the best experiences of my racing career.”

From the BMW M4 DTM to the BMW M8 GTE.
The BMW M4 DTM is a thoroughbred racing prototype, 4.725 metres long, 1.950 metres wide and with a base weight of 1,031 kilos. “In terms of performance in the DTM, 100 percent is demanded,” said Zanardi. “You have to go at full throttle and squeeze every ounce of performance out of the car. The race only lasts one hour so you have to treat it in the same way you treat qualifying. And that is exactly what the BMW M4 DTM is designed for. Every detail was developed purposely for racing use.”

By comparison, the BMW M8 GTE has a production brother: the BMW 8 Series Coupé. The cars were developed in parallel; BMW M Motorsport engineers worked hand in hand alongside their colleagues from series production. The BMW GT spearhead is 4.980 metres long, 2.050 metres wide and weighs 1,220 kilos. While the BMW M4 DTM has carbon brakes, the brake discs in the BMW M8 GTE are made of steel. However, it was no problem for the BMW M Motorsport engineers to integrate the special lever braking system for Zanardi into the GT racing cars after the BMW M4 DTM. Quite the opposite, being able to test the system planned for the race at Daytona from the outset in the DTM car was a stroke of luck for both Zanardi and the engineers.

And what does Zanardi have to say about his vehicle for the 24 Hours of Daytona? “The BMW M8 GTE is a fantastic car, perhaps the most sophisticated that I have ever driven in my career – and a real beauty. In terms of driving experience, it is between the BMW M6 GT3 and the BMW M4 DTM. The handling is terrific and the engineers in Munich did an impressive job when they integrated the systems designed especially for me into the car.”