General Meeting at BMW of Peabody 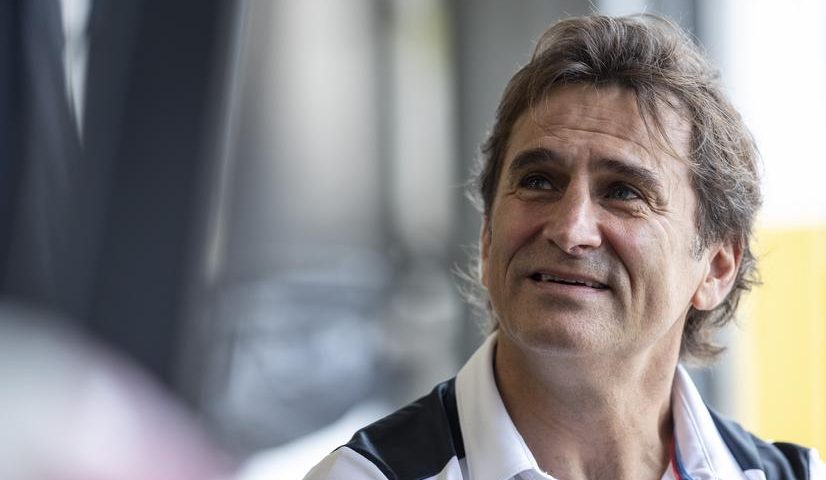 Daytona- December 17, 2018… Preparations for Alessandro Zanardi’s (ITA) guest appearance at the 24-hour race at Daytona (USA) have entered the critical phase. On Saturday, the BMW works driver completed the first test with BMW Team RLL at the Daytona International Speedway in the US state of Florida. Zanardi will be competing in the BMW Team RLL #24 BMW M8 GTE at the classic endurance race (26th/27th January 2019).

The “Rolex 24” traditionally marks the start of the season in the IMSA WeatherTech SportsCar Championship (IMSA series). In 2019, BMW Team RLL will once again be represented in the GTLM class of the series by the BMW M8 GTEs bearing numbers 24 and 25. In the 24-hour race, Zanardi will share the #24 BMW M8 GTE cockpit with the two regular drivers, John Edwards (USA) and Jesse Krohn (FIN), as well as Chaz Mostert (AUS).

At the first Daytona test, on the very track where they will be competing together in the “Rolex 24” in just a few weeks, Zanardi and BMW Team RLL had the opportunity to get to know one another better and test the BMW M8 GTE that has been modified to meet his requirements. In addition to the normal pedals for Zanardi’s team-mates, the car also features a handbrake lever that allows the Italian driver, a double leg-amputee, to brake by hand. He also has his own steering wheel, which will be installed during the driver change, and allows him to use a throttle ring to accelerate.

The test at Daytona took place in changeable conditions. There were some rain showers and periods when the drivers were able to experience a dry track. Zanardi and Edwards shared the cockpit for the test. They also concentrated on improving the driver changeover. The objective is to complete the switch as quickly as possible between Zanardi and his non-disabled team-mate.

“Well, first let me tell you that I felt very welcomed by BMW Team RLL. It’s great to be part of such a great and professional organisation,” said Zanardi. “And I have to say that initially when I arrived, I was pretty impressed by the size of the facility. It really looks like the kingdom of motorsports here and it was quite intimidating. Of course I am here to serve BMW, but I am also here to enjoy myself and that’s definitely the case. And in doing the job to the best of my ability I can certainly achieve both things.”

“During the long day of testing we faced quite a few challenges,” Zanardi continued. “There was the rain, I had to learn the car, I had to learn the circuit, and then again had to learn the circuit in the dry because I did not run with slicks until I went out in the dark in the evening. Of course it was difficult to negotiate all the braking points and all the different lines in the dark and the last thing I wanted to do was to make mistake and to damage the car. Overall I am extremely satisfied with the outcome, with what I have personally learned. I think all that we did was very useful, we were able to complete the programme and bring home a lot of useful information. So all in all it was a very positive day for me, the team and BMW M Motorsport – and we will progress from it.”

In the #25 car, Tom Blomqvist (GBR), Connor De Phillippi (USA) and Colton Herta (USA) continued preparations for the 24-hour race and the 2019 IMSA season. Blomqvist and De Phillippi are the two regular BMW Team RLL drivers in that car. At the 24-hour race, the duo will be supported by Herta and BMW DTM driver Philipp Eng (AUT).

After a short Christmas and New Year break for Zanardi, his fellow drivers, the BMW Team RLL and BMW M Motorsport, they will be back at work at Daytona on the first weekend in January. The “Roar Before the Rolex 24”, the official pre-event test ahead of the 24-hour race, is scheduled to take place from 4th to 6th January.