Interview with Pieter Nota, Member of the Board of Management of BMW AG, Customer, Brands, Sales, about realigning sales and marketing to create industry’s best customer experience 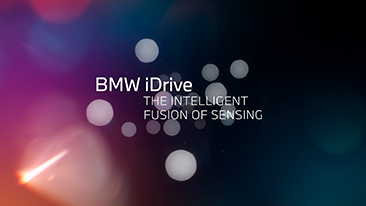 BMW iDrive celebrates its 20th anniversary in 2021.iDrive has become a ubiquitous feature throughout the BMW model lineup since its introduction.At CES, BMW will unveil the latest chapter in the history of its proprietary infotainment technology.

Woodcliff Lake, NJ – January 11, 2021… BMW announces the future of the display and operating system BMW iDrive at CES 2021. When launched, iDrive delivered a paradigm shift in the interaction between driver and vehicle became an industry standard and laid the foundations for today’s multifunctional, online-based user experience.

20 years have passed since the first generation of BMW iDrive made its debut. Now, at the Consumer Electronics Show (CES) 2021, BMW is announcing the next chapter in its display and operating system, which is set to transport driver-vehicle interaction into a new digital and intelligent age. BMW is utilizing the virtual forum the event provides to give a global audience an initial preview of its upcoming all-new BMW iDrive system, which will be officially unveiled later in 2021.

BMW’s digital offering at CES 2021 also includes a teaser video that visualizes the development of the user experience inside a BMW over the last two decades. The protagonists in this journey through time are the 2001 BMW 7 Series – in which the BMW iDrive system celebrated its premiere – and the upcoming BMW iX, where the new generation of the display and operating system will be available for the first time. Additionally, the BMW Design team responsible for user experience and user interaction has provided a behind the scenes glimpse of its development work. To this end, another episode has been added to the “Re-Thinking Design” video series launched as part of the BMW Group’s #NEXTGen 2020 event. All the content from BMW’s presence at CES 2021 and further digital presentations can be viewed in a special CES feature on the online platform at www.bmw.com/ces.

20 years ago, BMW launched a paradigm shift that reversed the wave of buttons spreading over car interiors at the time. The BMW iDrive operating system introduced in the then new BMW 7 Series in 2001 swept away old habits and purged the cockpit of more buttons and controls. In their place came a color screen in the instrument panel (the Control Display) and a rotary dial on the center console (the iDrive Controller). This multifunctional system allowed drivers to control a large number of vehicle settings, entertainment, navigation and telecommunications functions with a single operating tool. Furthermore, the BMW 7 Series was the first car to feature voice control technology, which allowed selected functions to be activated using spoken commands.

iDrive’s controller and voice control made operating the car’s systems significantly easier and safer. Where the driver previously had to find and engage a different dedicated button in the cockpit for each individual function, now they could keep their hand in one place on the Controller, which occupied an ergonomically ideal location on the center console. Various functions could be controlled using standard rotary, pressure and shift movements. Furthermore, the driver could view the information on the Control Display – integrated into the center of the instrument panel at eye level – equally quickly and safely; they only needed to divert their gaze from the road for a short moment to check the operating status of systems. After just a few years, this innovative principle morphed into the new industry standard. A host of other carmakers adopted the combination of display and controller, the only way to harness the ever-increasing array of functions inside their models.

Ongoing development widens the gap.
Since the advent of iDrive, BMW has consistently taken the lead in the field of intuitive in-car operation, a constant process of building its superiority over competitors’ systems all the time. This has led to the introduction of “favorites” buttons to store individually selected operating steps. These buttons debuted capacitive surfaces, which previewed functions on the Control Display. After that came direct selection buttons enabling a direct route to the most frequently used function areas of the menu and a Touch Controller, which allowed the user to input characters directly. 2015 brought the arrival of the Control Display with touch control, again in the BMW 7 Series.

At the same time, BMW innovated further to optimize driving comfort and safety. In 2004 it added a Head-Up Display, which projected relevant driving information onto the windscreen in the driver’s direct line of sight. And multimodal operation reached another new level in 2015 with the world premiere of BMW Gesture Control in the 7 Series. Voice control has also undergone a sustained process of evolution. Indeed, since 2015 natural language understanding has enabled systems to be operated using naturally spoken instructions instead of pre-set commands.

BMW continues to lead the way in the field of connected vehicles.
BMW iDrive also paved the way for the introduction of digital services, which have enabled the consistent progression of the relationship between user and car. The first development stage of the system brought the BMW Online service into BMW vehicles. Integration of the Google search engine followed in 2007, before BMW became the first vehicle manufacturer worldwide to unlock unlimited in-car internet access the following year. In response to the boom in smartphones – and the digital applications developed specially for them – apps from third parties could also be integrated into the BMW iDrive operating system from 2012.

The connection between the vehicle and driver became even closer in 2016. The BMW Connected app now allowed customers to fully integrate their car into their digital lifestyle. Destinations inputted into a navigation app could be imported directly from a smartphone into a BMW, while information on the status of the car was also accessible on a mobile phone or other digital device. This service now offers an even wider range of functionality via the My BMW app.

Assisting drivers with digital intelligence.
A new online-based voice control system premiered in 2018 in the newly launched BMW 3 Series. The BMW Intelligent Personal Assistant is a digital companion whose skillset can be constantly expanded. It is underpinned by the modular and flexible BMW Operating System 7 vehicle software, which also provides the basis for another, particularly future-focused service: Remote Software Upgrade keeps the BMW up to date with the latest digital technology at all times and also enables additional functions to be integrated into the car at a later stage.

20 years ago, the boldness to explore a revolutionary response to the challenge of ever increasingly functional complexity drove BMW to pioneer intuitive on-board operation. And the BMW iDrive system also set the course for digital intelligence, which allows the driving experience to be tailored even more precisely to the customer’s needs and preferences.

The next generation of BMW iDrive takes the burgeoning relationship between a BMW and its driver to a new level. The new system neatly bridges the gap between analogue and digital technology. And this, in turn, heralds another paradigm shift, as the number of available functions in a car and their complexity continue along a constant upward curve. Digital intelligence has been introduced into cars, and optimized sensors now allowing them to perceive and analyze their surroundings. As a result, elements of driving and parking can be automated to an increasing degree, while cloud-based services dip into an ever-growing pool of real-time data.

This means that in many situations, the vehicle has access to a greater supply of information than the driver. For example, it can receive and display hazard warnings from other BMW vehicles and make predictions on the availability of parking spaces at a destination. Developments will continue in this direction, presenting the car’s display and operating system with fresh challenges now and in the future. The next-generation BMW iDrive is set up to utilize the potential of an intelligently connected vehicle more extensively than ever and thus make the mobility experience even safer, even more comfortable and convenient, and even richer in variety.

BMW Group in America
BMW of North America, LLC has been present in the United States since 1975.  Rolls-Royce Motor Cars NA, LLC began distributing vehicles in 2003.  The BMW Group in the United States has grown to include marketing, sales, and financial service organizations for the BMW brand of motor vehicles, including motorcycles, the MINI brand, and Rolls-Royce Motor Cars; Designworks, a strategic design consultancy based in California; technology offices in Silicon Valley and Chicago, and various other operations throughout the country.  BMW Manufacturing Co., LLC in South Carolina is the BMW Group global center of competence for BMW X models and manufactures the X3, X4, X5, X6 and X7 Sports Activity Vehicles. The BMW Group sales organization is represented in the U.S. through networks of 349 BMW passenger car and BMW Sports Activity Vehicle centers, 143 BMW motorcycle retailers, 117 MINI passenger car dealers, and 38 Rolls-Royce Motor Car dealers.  BMW (US) Holding Corp., the BMW Group’s sales headquarters for North America, is located in Woodcliff Lake, New Jersey.