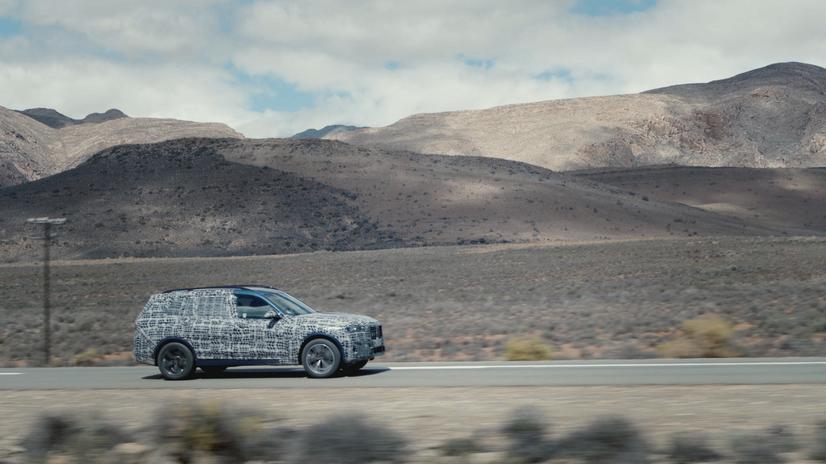 Prototypes of the first Sports Activity Vehicle for the luxury segment demonstrate their supreme versatility during test drives at the polar circle, on desert tracks and on the highway.

Munich, Germany – August 10, 2018… The Sports Activity Vehicle is heading for the luxury segment. And on its way there it is undergoing a true endurance test marathon. An equally extensive and diverse test programme takes the camouflaged prototypes of the new BMW X7 across challenging terrain all over the world. Earlier winter test drives on snow and ice at the edge of the polar circle were followed by long-distance endurance tests on desert and gravel tracks under the South African sun. Hectic stop-and-go-traffic in the urban jungle alternates with dynamic load tests on winding country roads and highways. Under extreme challenges and a wide spectrum of weather and road surface conditions the first luxury-segment BMW X model has provided the ultimate proof of its supreme driving characteristics within the framework of driving dynamics testing.

With its impressive appearance, exceptionally generous interior space, sophisticated drive and suspension technology and exclusive equipment features, the BMW X7 is the latest interpretation of luxurious driving pleasure in the style of the Munich-based premium brand. The combination of supreme off-road performance and superior driving dynamics on the road so typical of a Sports Activity Vehicle is entering a further vehicle segment. With the upcoming presentation of the latest and also largest BMW X model at the end of 2018, BMW is continuing its current product offensive in the luxury class with a yet further fascinating vehicle concept. The increased presence in this segment is one of the action fields which have been defined by the BMW Group within the framework of its NUMBER ONE > NEXT strategy.

The prototypes of the new BMW X7 were produced at the BMW Spartanburg plant. The competence centre for BMW X models in the US Federal State of South Carolina will also become the place of origin for the production model. Despite conspicuous camouflaging, the preproduction vehicles reveal the imposing dimensions as well as the both clear and harmonious proportions of the BMW X7.

In the new BMW X7, luxury, diversity and sportiness combine to form a unique entity. The current tests impressively demonstrate the driving experience that can be enjoyed in the sophisticated ambience of the vehicle’s interior even under adverse climatic conditions and on the most varying terrain. At the Winter Test Centre in Arjeplog, Sweden, during hot-climate tests, but also in everyday traffic situations around the home town of Spartanburg, the prototypes of the new BMW X7 have already had ample opportunity to convince with contemporary luxury and supreme diversity.