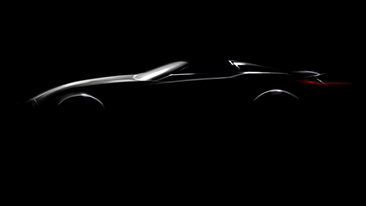 Woodcliff Lake, N.J. – July 31, 2017… BMW BMW is pleased to invite all accredited media for the World Premiere of an all-new BMW Concept vehicle and the exclusive North American Premiere of the highly acclaimed BMW Concept 8 Series. The unveiling of the two concept vehicles and press conference will take place on Thursday August 17th at 10:00 am at the Pebble Beach Concours d’Elegance Reviewing Stand on the 18th green of The Lodge at Pebble Beach Golf Course. Speakers will include Bernhard Kuhnt, new President & CEO BMW of North America and Adrian van Hooydonk, BMW Group Head of Design.

“The number 8 and cars like the Z8 Roadster and i8 have represented the pinnacle of sports performance and exclusivity at BMW,” explains Chairman of the Board of Management of BMW AG Harald Krüger. “The forthcoming BMW 8 Series Coupe will demonstrate that razor-sharp dynamics and modern luxury can go hand-in-hand. This will be the next model in the expansion of our luxury-car offering and will raise the benchmark for coupes in the segment. In the process, we will strengthen our claim to leadership in the luxury class.”

To confirm your attendance, please RSVP to: BMWGroupPressEvents@bmwna.com