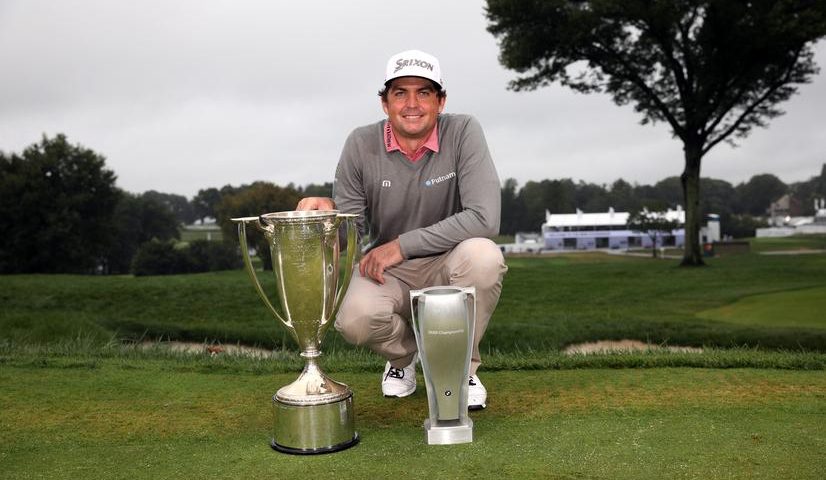 Following a postponement of play on Sunday due to heavy rains in the Philadelphia area, players returned to Aronimink on Monday where the club’s grounds staff had kept the course in outstanding condition. Once play began for the final round on Monday morning, Bradley immediately began compiling a championship-worthy round.

Both he and Rose finished the final round at 20-under par, forcing a one-hole playoff to decide the championship. After a Rose miss for par, Bradley stepped up and knocked in a short putt to capture the title, and his first professional win in over six years. His wife Jillian, and their nine-month-old son Logan embraced him on the 18th green after the win.

“I’ve been dreaming of doing that forever, so I’m just speechless,” said Bradley. “It took a lot of hard work. A lot of people helped me. I don’t really know what to say. I’m just so happy. Thank you to everybody.”

The proceeds from the 2018 BMW Championship help fund Platt Evans Scholarships for caddies from the Philadelphia area to attend Penn State University. Funds will also be used to establish a scholarship house at Penn State where recipients can live and learn in an enriching environment. To date, the BMW Championship has raised more than $27 million for the Evans Scholars Foundation since the tournament’s inception in 2007.

This week, BMW continued its tradition of awarding a full, four-year Evans Scholarship following a hole-in-one during the BMW Championship. On Saturday, September 8, it was announced that the recipient of the BMW Hole-in-One Scholarship resulting from Jason Day’s ace at last year’s BMW Championship was Brooklyn Gabriel, of Philadelphia, PA. She is the fifth recipient of the BMW Hole-in-One Scholarship, which has helped her attend Penn State University in University Park, PA.

As part of the announcement, Gabriel was congratulated in person by Day, as well as Stefan Richmann, Executive Vice President, Finance, BMW of North America.

“On behalf of everyone at BMW of North America, our local dealers and partners, I’d like to congratulate Keegan Bradley on a hard-fought victory at this year’s BMW Championship,” said Richmann. “I’d also like to thank everyone who attended the event, which helped support the Evans Scholars Foundation and their mission to provide college scholarships to deserving young caddies.”

Bradley will defend his title when the BMW Championship returns to the Chicago area at Medinah Country Club in Medinah, IL on August 15-18, 2019.