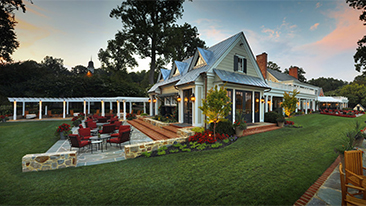 Penultimate event of the PGA TOUR FedExCup Playoffs will bring the 70 best TOUR players in the world to Caves Valley Golf Club, narrowing FedExCup field to 30

“We’re thrilled to be taking the BMW Championship to Caves Valley, one of the finest clubs anywhere in the United States,” said Vince Pellegrino, WGA senior vice president of tournaments. “The club’s scenic and challenging course layout will provide a perfect test for the world’s top players and a remarkable venue for fans and PGA TOUR Partners.”

The 2021 event will mark the first time the BMW Championship has been held in Maryland and the second time in four years to be held on the East Coast. Aronimink Golf Club in Newtown Square, Pennsylvania, just outside of Philadelphia, hosted the 2018 BMW Championship.

“This is a terrific recognition of the remarkable golf experience at Caves Valley, and we are confident the golfers will find our course a great test,” said Steve Fader, chairman of Caves Valley Golf Club. “Golf fans will enjoy a terrific fan experience watching the best players compete here in Baltimore.

“The BMW Championship also will provide a significant economic impact for Baltimore and the surrounding areas,” added Fader.

Designed by nationally-acclaimed golf course architect Tom Fazio, Caves Valley is situated on 962 acres of rolling hills, pastures, woods, and wetlands, forming a spectacular setting for an 18-hole course that has consistently been ranked one of the top courses in the United States by Golf Digest.

Since its opening in 1991, Caves Valley has been dedicated to promoting and preserving golf’s honored traditions. Caves has been a consistent supporter of championship golf at all levels. In 2002, it hosted the U.S. Senior Open, where Don Pooley bested Tom Watson in a dramatic five-hole playoff. In addition, the club has hosted the 1995 U.S. Mid-Amateur, the NCAA Division I Men’s (2005) and Women’s Golf Championships (2009), the AJGA Cannon Cup (twice), and the Palmer Cup in 2007. Caves Valley also hosted the inaugural LPGA International Crown in 2014, and in 2017 hosted the Constellation SENIOR PLAYERS Championship.

Caves Valley and the membership have a deep commitment to the state of Maryland.

“Maryland looks forward to welcoming the top 70 PGA TOUR players for what will be an incredible experience at Caves Valley Golf Club,” said Governor Larry Hogan. “This event will position Maryland as an outstanding golf destination and will draw tens of thousands of spectators who will contribute significantly to our state’s thriving economy.”

“This PGA TOUR event, the largest of its kind in Baltimore County’s history, will bring more than 150,000 visitors to the County and aligns perfectly with our vision for a robust emphasis on tourism across Baltimore County,” said County Executive Johnny Olszewski, Jr.

Baltimore Mayor Bernard “Jack” Young added: “Caves has been a great partner for Baltimore youth programs and the BMW Championship fans will love our inner harbor, Orioles baseball and all the cultural and culinary options the great city of Baltimore has to offer.”

The BMW Championship will provide meaningful philanthropic efforts and will help introduce more golfers on the East Coast to the Evans Scholars Foundation and its mission to send deserving caddies to college.

“We are especially excited to partner with the WGA, as the Evans Scholars Foundation – the BMW Championship’s sole beneficiary – aims to use golf and caddying to transform the lives of young people by providing a full housing and tuition college scholarship to some of the best universities in the country,” Fader added.

WGA President and CEO John Kaczkowski noted that “the BMW Championship at Caves Valley will provide us with a unique opportunity to raise awareness about the Evans Scholars Program in a new market, as the organization continues its recent unprecedented growth from coast to coast.”