Out of the Car in Less than Five Seconds: Alessandro Zanardi Well Prepared in Terms of Safety. 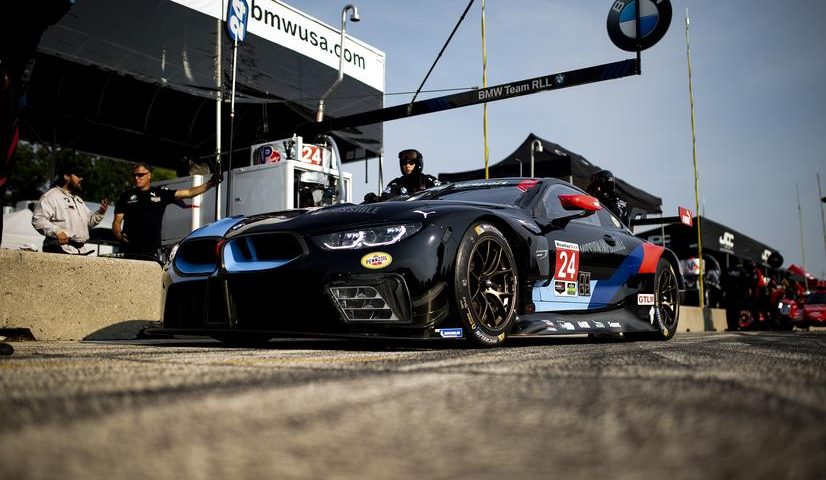 Woodcliff Lake, N.J. – Aug. 14, 2018… While the second half of the 2018 IMSA WeatherTech SportsCar Championship can be exhausting with a race seemingly every other weekend, BMW Team RLL is looking forward to getting back to it at the Aug. 19 Michelin GT Challenge at VIR following a near miss of the podium’s top spot at Road America. Leading for almost the entire last hour of the race, the No. 25 M8 GTE of Connor De Phillippi was stalled by a fuel system issue within minutes of the checkered flag.

Developed on parallel tracks with the BMW M8 GTE, the arrival of the new 2019 BMW 8 Series will occur only four days after the VIR race when the BMW M850i xDrive Coupe and the BMW Concept M8 Gran Coupe will make their North American debuts on Aug. 23rd at The Lodge at Pebble Beach.

Last week the team successfully completed a two-day test at Road Atlanta with drivers Connor De Phillippi and John Edwards in preparation for VIR as well as the season-ending Petit Le Mans. The fueling issue that sidelined the No. 25 M8 at Road America has been identified and rectified.

The two-hour-and-forty-minute race at VIR is the second GT class-only race of the season and the entry list shows 18 total entries across the GTLM and GTD classes. Last year, the No. 25 M6 GTLM of Bill Auberlen and Alexander Sims controlled the race until a puncture with eight laps remaining dropped the duo to a fourth place finish.

“Our results at VIR over the years have been bittersweet,” said Bobby Rahal, Team Principal. “We have qualified well, but at times we have had issues during the race. Last year was a particularly unhappy situation for us given that we had the race lead comfortably in hand and then to have a flat tire with a couple of laps to go was very disappointing. At the last race in Elkhart Lake we had a pretty competitive car so we are hopeful that will carry forward at VIR. There is a long straight which is something that could be good for us and it also has fast corners but it’s like all of the races, it will be a tough weekend.”

Connor De Phillippi, driver No. 25 BMW M8 GTE: “VIR is another fast, flowing circuit like Road America that should suit the BMW M8 GTE well. With the pace we showed in the last race I am looking forward to fighting for a good finish.”

Alexander Sims, driver No. 25 BMW M8 GTE: “VIR is a track that brings back a lot of memories from last year, both good and bad! We were looking like we would win last year until a late race puncture thwarted our efforts. We know what we need to do to be fast there and I hope we can get the M8 GTE dialed in and working well like the M6 was last year. It’s a really fun circuit and a beautiful setting so I’m really excited for the weekend. We showed much improved pace at Road America last weekend and so I’m optimistic that we can have a strong weekend.”

John Edwards, driver No. 24 BMW M8 GTE: “VIR is a home race for me being that I live only a few hours away in Davidson, North Carolina. VIR is also one of my favorite circuits. I rank it right up there with Watkins Glen and Road America. We’ve shown great potential in the last few races and it won’t be long till we’re back on the podium.”

Jesse Krohn, driver No. 24 BMW M8 GTE: “VIR is another fast and flowing track that I like and it should suit our car well. We showed some good potential at Road America but unfortunately had some bad luck that cost us a strong finish. The team has been doing a great job developing the car thru out the season and I am expecting the results to soon start matching the amount of work that has been put in.”

This weekend Bill Auberlen and Robby Foley will team up in the No. 96 Turner Motorsport BMW M6 GT3 in the GTD class as the veteran has an increased role supporting BMW of North America’s Customer Racing Program.