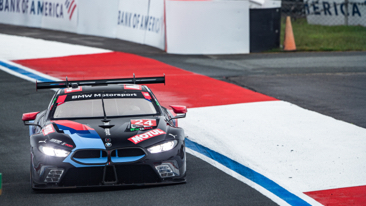 In a qualifying session that was cut short and only allowed the BMW drivers four laps, Bruno Spengler put the No. 25 MOTUL BMW M8 GTE in the third starting spot with a  1:14.730-minute lap. Jesse Krohn lined up the No 24 MOTUL BMW M8 GTE next door, in fourth, with a 1:14.824-minute lap.

With a lap of 1:18.077-minutes, Robby Foley qualified the No. 96 Turner Motorsport BMW M6 GT3 he co-drives with Bill Auberlen on the outside of the GTD class front row. The winners at Virginia International Raceway three rounds ago have had two difficult races at Road Atlanta and Mid-Ohio and are looking to rebound at Charlotte.

The Motul 100% Synthetic Grand Prix is scheduled to take the green flag at 8:05 p.m. tonight and will be broadcast live on NBCSN from 8:00 to 10:00 p.m. ET. Follow us on Twitter @BMWUSARacing for news from the pit box and get live scoring and in-car camera views at IMSA.com.

Bruno Spengler, driver No. 25 BMW M8 GTE (P3): “We did not have a lot of laps, but P3 is a good starting position. We believe the conditions will be quite tricky, but Connor and I will push hard.”

Jesse Krohn, driver No. 24 BMW M8 GTE (P4): “We don’t have the fastest cars here as yet, but I think we may just have the cars to win. We will certainly bring a challenge.”