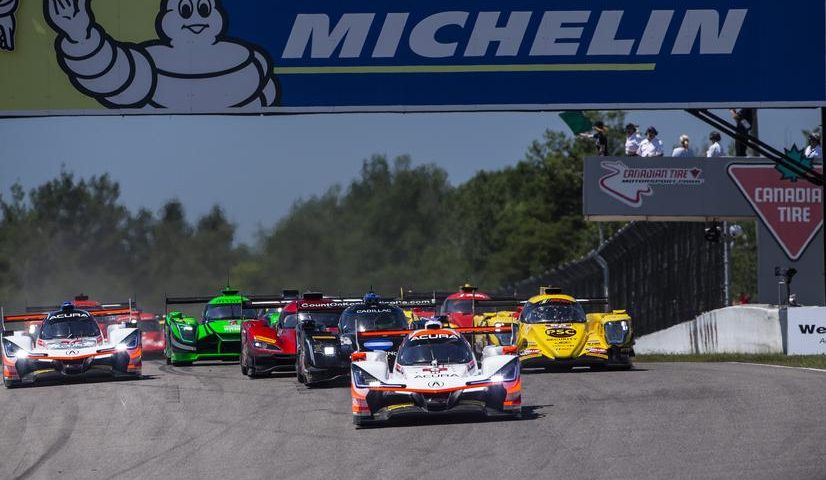 Jesse Krohn qualified the No. 24 BMW M8 GTE sixth with a time of 1:14.100 minutes on his seventh lap of the Canadian Tire Motorsport Park circuit. With a 1:14.213 minute time set on his fourth lap, Alexander Sims qualified the No. 25 BMW M8 GTE seventh The pole position was won by the No. 911 Porsche 911 RSR and the entire GTLM field was separated by only .711 seconds. Krohn will share the No. 24 M8 with John Edwards and Sims will co-drive the No. 25 M8 with Connor De Phillippi. Last year Sims and Bill Auberlen won this race in the No. 25 BMW M6 GLTM.

“We feel more confident going into tomorrow’s race versus last weekend at Watkins Glen,” said Brandon Fry, BMW Team RLLTechnical / Racing Operations Director. “A good practice session this morning led to a good qualifying effort. Everybody is pushing really hard. The engineers are doing a great job and the drivers are giving really good feedback. I think we’ve made some good progress.”

Jesse Krohn, driver No. 24 BMW M8 GTE (P6): “The guys did a great job from FP3 to qualifying and we’re definitely in the right window. We are heading in the right direction and we are positive we can fight with the car we have.”

: “We got it all working really nicely in qualifying. The M8 was handling really well and the high speed corners were very good. This track is awesome and great to drive. Good fun during qualifying – new tires, low fuel and on your own to go and find the limits.”

The Mobil 1 SportsCar Grand Prix will start at 2:05 p.m. tomorrow and be broadcast on FOX Sports 1 beginning at 4:00 p.m. ET. Follow BMW Team RLL on Twitter at @BMWUSARacing for “from-the-pit-box” updates all weekend.