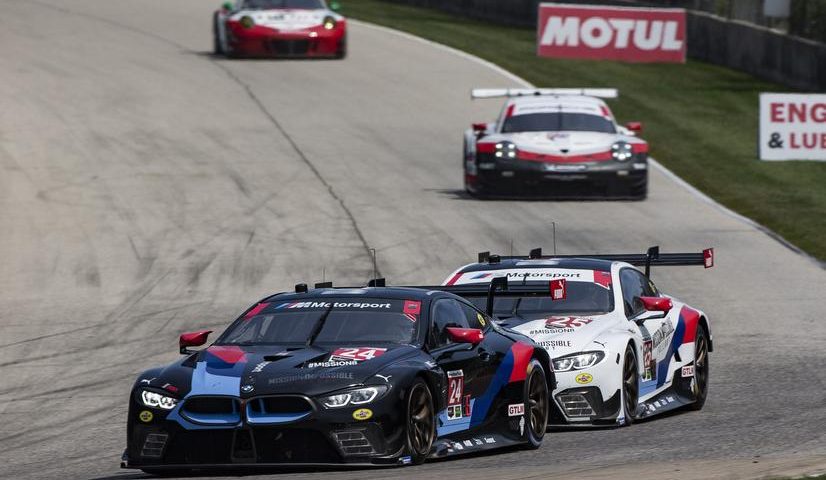 Bobby Rahal, Team Principal said, “Obviously we would like to be a little closer to the front, but as these races have proven, it doesn’t really matter where you start. The race tends to take on a different shape than qualifying because of the high speed nature of Road America. So far so good, but we need to make the cars a little better. We’ll debrief shortly to figure out what it is we need.”

Jesse Krohn, driver No. 24 BMW M8 GTE (P6): “This afternoon we didn’t have the pace we had earlier. Our competitors found more speed that we couldn’t match. We look closely at the data and make improvements for the race tomorrow.”

Alexander Sims, driver No. 25 BMW M8 GTE (P7): “The car felt fairly sensible, but for some reason the lap time didn’t come. We were just lacking performance versus this morning’s practice. I’m not sure if other’s improved or if we went backward. After a review of the data I’m sure we’ll find the answers.”

The Continental Tire Road Race Showcase will take the green flag at 1:35 p.m. CT tomorrow and be broadcast on FOX Sports 1 from 2:30 – 5:30 p.m. ET. Follow BMW Team RLL on Twitter at @BMWUSARacing for updates all weekend.