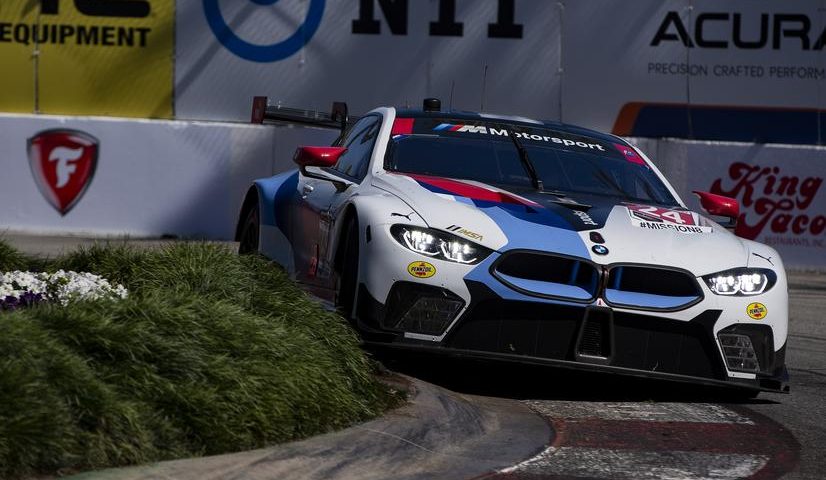 Woodcliff Lake, N.J. – April 12, 2018… BMW Team RLL will start the IMSA BUBBA Burger Long Beach Grand Prix from the rear of the GTLM field after a disappointing qualifying session left them in the seventh and eighth starting positions.

Tom Blomqvist, driver No. 25 BMW M8 GTE (P7):
“Ultimately, judging by the positions for both of us, we seem to be lacking a bit of pace. We weren’t expecting miracles and we know this circuit does not play into our strengths but we never expect to be 7th and 8th and we thought we would be able to be in the mix. We knew the Porsches were going to be very quick and we were hoping to be 4th or 5th but clearly not. It’s a short race and there are some things we can do with strategy but you are quite limited here. We still have a chance of scoring a good result and we just need to drive a smart race.

The practice before qualifying was a bit messy for me so I did not feel totally prepared but you just have to bounce back and get the most out of yourself in qualifying. Hopefully in the race tomorrow, we can move up a few positions.”

John Edwards, driver No. 24 BMW M8 GTE (P8):
“It was a very disappointing qualifying session for us after we were fairly quick this morning but it is Long Beach and anything can happen. We will look at the data tonight and try to make the car better and hope for the usual craziness in this race.”