Warm-Up on the Nürburgring: First Official Presentation of the BMW X3 M and the BMW X4 M. 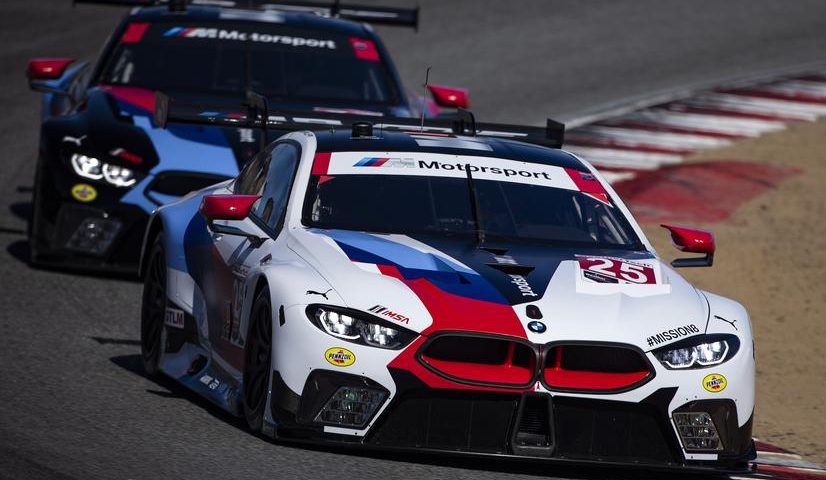 Following three one-hour practice sessions over the last two days, today’s 15-minute qualifying session saw Alexander Sims qualify the No. 25 BMW M8 GTE fifth with a 1:22.972 minute lap. Jesse Krohn qualified the No. 24 BMW M8 GTE eighth with a time of 1:23.527 minutes on his sixth lap. The pole position was won by the No. 4 Chevrolet Corvette, with the entire GTLM class separated by only .827 seconds. Sims will share the No. 25 machine with Connor De Phillippi and Krohn will co-drive the No. 24 with John Edwards. Last year, the No. 24 BMW M6 GTLM of John Edwards and Martin Tomczyk won this race in a thrilling finish at the checkered flag.

Co-driving the No. 96 Turner Motorsport BMW M6 GT3 with Robby Foley this weekend, Bill Auberlen qualified the car in the seventh GTD class starting position with a 1:25.034 minute lap.

“While P5 and P8 qualifying positions may not say it, we are reasonably close and still have time to tune the set-up on both cars,” said Bobby Rahal, Team Principal. “This race hinges on traffic to a large extent and the correct strategy is paramount. Last year, we were not the fastest car but we were the smartest, playing the fuel correctly and holding off the Ferrari at the end to win. I have to say that win remains one of the most satisfying.”

Jesse Krohn, driver No. 24 BMW M8 GTE (P8): “Unfortunately, I had a difficult time getting a clear run together on all of the segments when the tires were at their peak and missed the opportunity to put together a really good lap.”

Alexander Sims, driver No. 25 BMW M8 GTE (P5): “The car was working quite well and I was fortunate to get two clear laps when the tires were optimum. I did find that the wind changed compared to this morning’s practice, affecting me particularly in turns six and nine, but I was able to deal with it.”

The America’s Tire 250 will take the green flag at 2:05 p.m. PT tomorrow and be broadcast live on FOX Sports 1 beginning at 5:00 p.m. ET. Follow BMW Team RLL on Twitter at @BMWUSARacing for updates all weekend.