Statement Dr Nicolas Peter, Member of the Board of Management of BMW AG, Finance, Conference Call Interim Report to 30 September 2020 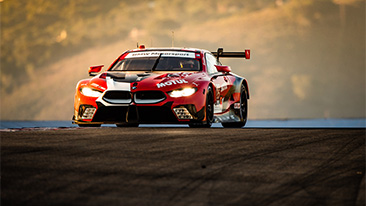 Historically, Laguna Seca has been a strong circuit for BMW from its very first season of IMSA competition in 1975 with a victory by Hans Stuck in a BMW 3.0 CSL to recent BMW Team RLL wins in 2015, 2017 and 2018. Last season, Edwards and Krohn shared a runner-up finish after starting from the pole position in the No. 24 BMW M8 GTE.

Bill Auberlen and Robby Foley, co-drivers of the No. 96 Turner Motorsport BMW M6 GT3, finished second today after running in the runner-up position for the majority of the race. Foley started the race from his second qualifying spot and Auberlen finished the race 10.119 seconds behind the winning Acura NSX GT3.

The final race of the 2020 IMSA WeatherTech SportsCar Championship will be the 12 Hours of Sebring, rescheduled from its traditional March date to November 14th.  Follow us on Twitter @BMWUSARacing for news from the pit box and get live scoring and in-car camera views at IMSA.com.

John Edwards, driver No. 24 BMW M8 GTE (P5): “Unfortunately, we did not have the pace today. It was a good effort by the team to get the balance right for our car and try different strategies, but ultimately, we lacked grip. Jesse and I will look forward to closing out the Michelin Endurance Cup title at Sebring in a few weeks.”

Jesse Krohn, driver No. 24 BMW M8 GTE (P5): “No matter which way the race was going to play out today we were off the pace. The team did what they could, but today was not our day.”