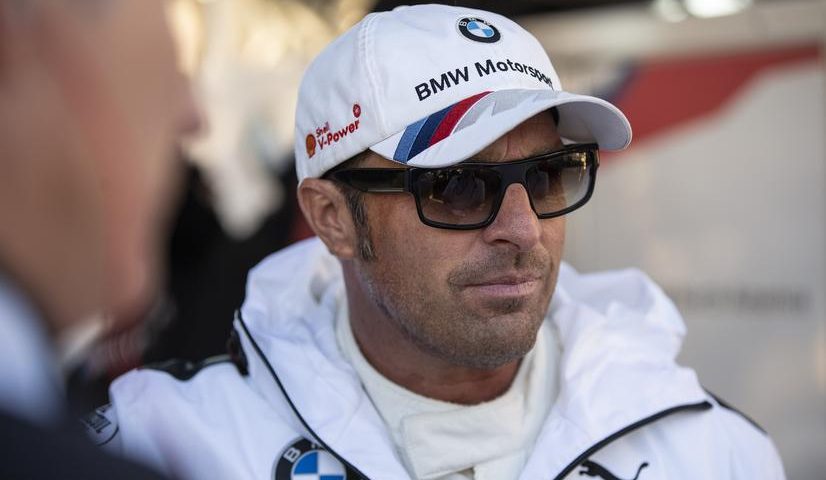 Woodcliff Lake, N.J. – Oct. 9, 2018… BMW Team RLL will look to close the 2018 IMSA WeatherTech SportsCar Championship and the inaugural season for the BMW M8 GTE with a third consecutive GTLM class victory, this time at the 21st annual Motul Petit Le Mans. Following a win and double-podium finish at Virginia International Raceway in August and a second victory at WeatherTech Raceway Laguna Seca this past month the team is fully prepared for Petit Le Mans – an event they won last year in the final race for the BMW M6 GTLM.

This weekend will also see BMW Team RLL complete its 10th season of racing with BMW. Through four models, the BMW M3, BMW Z4, BMW M6 and BMW M8 the team has totaled 79 podium finishes, including 19 victories since 2009. GT class Manufacturer and Team class championships were won in 2010 and in 2011 the team and swept all three GT titles – Manufacturer, Team and Driver.

“It has been a tremendous relationship between RLL and BMW,” stated Bobby Rahal, Team Principal. “I really do think the success we have experienced is due to the great working relationship we have had with BMW from Day One. Ten years together is an achievement we are very proud of and we look forward to the next decade.”

Rahal continued, “The last two wins have come from really careful fuel management and a great job by the drivers. Being able to get to the end, and do so without having to pit as often as the others, we were able to extend the fuel windows as far as we could and bring home an important win. I don’t see why we can’t be in the thick of it at Petit Le Mans and go for three in a row. We tested there and the car ran well there but of course it is a tough race. Winning the race last year was a tremendous achievement for ourselves and for BMW. Just like any race, we will have to stay out of trouble and be smart. If we can do that, I think we have a shot at getting back-to-back wins there as well as winning the third in a row for the BMW M8 GTE. Obviously we are pretty excited and hopeful that we can have a weekend like we did last year.”

Bill Auberlen rejoins Alexander Sims and Connor De Phillippe in the No. 25 BMW M8 GTE for the fourth time this season. Auberlen, Sims and Kuno Wittmer took the GTLM class Petit Le Mans win last season in what was Auberlen’s 400th start for BMW. Chaz Mostert, a 26-year old Australian, will co-drive with John Edwards and Jesse Krohn in the No. 24 BMW M8 GTE. Mostert, currently competing in the Australian Supercars Championship, has previous experience behind the wheel of the BMW M6 GT3, most recently at this year’s Bathhurst 12 Hour race where he scored the pole position.

Bill Auberlen, driver No. 25 BMW M8 GTE: “I can’t wait to climb back into the BMW M8 GTE. BMW and RLL have made great progress this season and are on a two race winning streak. We’ll try to make it three in a row. Petit Le Mans is always a tough race and a win there is something every driver wants on their resume.”

Connor De Phillippi, driver No. 25 BMW M8 GTE: “Carrying a two race victory streak into the last race event of 2018 gives us that much more confidence as a team. We’ve certainly proven our BMW M8 GTE is capable of winning and the past history at Petit Le Mans has also proven that Road Atlanta is a track that suits our BMW racing cars! This year we have all grown exponentially as a team, and I believe we are all very happy with what we’ve achieved in our debut season with our M8 GTE program. 2018 marked my first full season with my BMW family and I must say it has proven to be a successful new relationship for the both of us. The future is bright for this program and I’m very proud to be a piece of the puzzle.”

Alexander Sims, driver No. 25 BMW M8 GTE: “On the back of two excellent wins in our BMW M8 GTE it feels like we are getting our head around the car in its first season. I am really looking forward to getting to Petit and seeing how our car works there. It’s a tough and long race into the night which will mean we have to be at the top of our game, however it’s the only circuit left where I have a 100% win streak so I’m beyond motivated to keep that going! It’s been a thoroughly satisfying year so far, we have really improved our knowledge of how the car works best and now all our focus is on finishing the season on a high.”

John Edwards, driver No. 24 BMW M8 GTE: “Road Atlanta is an impressive track that takes real commitment to get a quick lap time. Turn 1 is one of the most fun corners on our schedule, and the esses are difficult to get right lap after lap. I’ve been in the car to finish second a couple of times over the years, but have never won the race. I think this year might be the year! We’re looking forward to having Chaz in our car. I first watched him on TV earlier this year when I was glued to the online streaming from
Bathurst. After watching him there, I’m sure he’s going to adapt to Road Atlanta just fine!”

Jesse Krohn, driver No. 24 BMW M8 GTE: “I am really looking forward to one of the highlight races of the year. Petit Le Mans is one my favorites and certainly one I would like to win. The team has done an amazing job developing the car throughout the year and it is starting to show with two wins in the last two rounds. The beginning of the year wasn’t easy but overall the year has been positive and I have personally learned a lot and have enjoyed every moment driving the BMW M8 GTE for BMW Team RLL. After all the hard work that has gone into the program this season I am confident we have a strong package to fight for the victory at Petit.”

Chaz Mostert, driver No. 24 BMW M8 GTE: “I’m super excited to get the opportunity to race the Petit Le Mans for BMW. Although it will all be new, I know I can contribute.”

The Motul Petit Le Mans will take the green flag at 11:05 a.m. ET on October 13 and be broadcast on a mixture of FOX Sports 1 and 2 beginning at 11:00 a.m. ET. Follow BMW Team RLL on Twitter at @BMWUSARacing for updates all weekend.