Seven principles for AI: BMW Group sets out code of ethics for the use of artificial intelligence.

SiriusXM with 1-Year All-Access Subscription standard on all 2021 BMW automobiles. 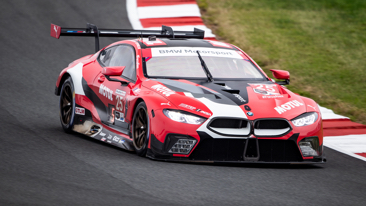 A GT car specialist, Augusto Farfus has enjoyed a very successful career as a BMW Motorsport driver for many years, most importantly to this story, he co-drove to the Rolex 24 At Daytona victory with BMW Team RLL in both 2019 and 2020. Colton Herta joined BMW Team RLL as a reserve driver in 2017 and spent two seasons absorbing the disciplines of sports car racing. Demonstrating the lessons he learned in his very first sports car race, Colton set the fastest race lap and co-drove as part of the 2019 Rolex 24 At Daytona-winning M8 GTE team.

While taking place as usual on the second weekend of October, this year’s Motul Petit Le Mans will see IMSA WeatherTech SportsCar Championship teams arrive at Michelin Raceway Road Atlanta for a second time this season. A six-hour race was held on Labor Day weekend to replace the Covid-19 cancelled race at Watkins Glen. The race proved to be an excellent tune-up for the ten-hour Petit Le Mans for BMW Team RLL, finishing first and third in the GTLM class.

Bill Auberlen and Robby Foley, co-drivers of the No. 96 Turner Motorsport BMW M6 GT3, recorded their second win of the season with the victory in the GTD class at the Charlotte Motor Speedway Roval. The victory is Auberlen’s 62 IMSA  career win. Dillon Machavern will rejoin as a third co-driver. The trio won the Petit Le Mans last season.

Saturday’s Motul Petit Le Mans at Michelin Raceway Road Atlanta is scheduled to take the green flag at 12:40 p.m. and will feature a live broadcast on NBCSN in two segments; 12:30 – 6:30 p.m. and 9:30 p.m. – 11:00 p.m. Follow us on Twitter @BMWUSARacing for news from the pit box and get live scoring and in-car camera views at IMSA.com.

John Edwards, driver No. 24 BMW M8 GTE: “Road Atlanta has been good to us as a team, so I am always excited to go back! It will be great to have Augusto back with us in the 24 car as we get back to our longer endurance events here and at Sebring. He’s a BMW legend and hopefully will bring us some extra luck to get on the top step like we did together back in Daytona!”

Jesse Krohn, driver No. 24 BMW M8 GTE: “We had a great car at the recent six-hour race so I see no reason we should not be able to challenge for a 1-2 finish at Petit.”

Augusto Farfus, driver No. 24 BMW M8 GTE: “I am very much looking forward to helping BMW Team RLL again. It has been a few years since I drove at Road Atlanta, but I know John and Jesse will help me get up to speed quickly.”

Connor De Phillippi, driver No. 25 BMW M8 GTE: “Petit is one of my top two events of the year! Just several weeks ago we won the 6-hour at Road Atlanta in hot conditions so we will return with a great baseline setup and confidence. The team has been performing at our best and we look forward to welcoming back our young superstar Colton Herta to the 25 car.”

Bruno Spengler, driver No. 25 BMW M8 GTE: “I welcome a return to Michelin Raceway Road Atlanta because it will be one of the few tracks that won’t be new to me this year. And, Connor and I have an undefeated record there so far following our win at the six-hour. With what we’ve learned I hope we can look forward to a step up in performance.”

Colton Herta, driver No. 25 BMW M8 GTE: “I am excited to finally be back with my BMW friends. 2020 has definitely thrown everyone into a whirlwind, and I haven’t been able to drive the M8 GTE in months. I’m ready to be back this weekend, at one of my favorite tracks, with one of my favorite cars to drive. The M8 seems to be extremely competitive lately so it should be a great weekend for me and BMW Team RLL.”