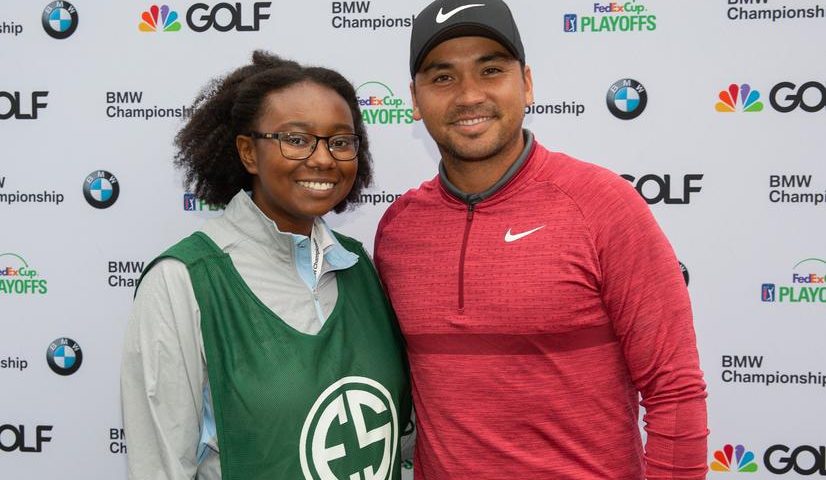 Gabriel Received a Full Tuition and Housing Evans Scholarship as a Result of Jason Day’s Hole-In-One at the 2017 BMW Championship.

Newtown Square, PA- September 8, 2018… BMW of North America and the Western Golf Association announced today that Brooklyn Gabriel of Philadelphia, PA has been named a BMW Hole-in-One Scholar, receiving a full Evans Scholarship worth $100,000 to Penn State University. Gabriel received the honor as a result of Jason Day’s hole-in-one during the 2017 BMW Championship at Conway Farms Golf Club in Lake Forest, IL.

Gabriel is the fifth recipient of a BMW Hole-in-One Scholarship, which provides a full tuition and housing grant to a deserving young caddie in the name of the first player to record a hole-in-one at the BMW Championship. After successfully caddying for three years at Glen View Club in Golf, IL through the Western Golf Association Caddie Academy, Brooklyn applied for and was awarded the Evans Scholarship to Penn State University in University Park, Pennsylvania. This summer, Brooklyn continued to caddie while also serving as a junior counselor for the Caddie Academy. At Penn State, she plans to pursue a career in medicine, inspired by her own diagnosis with scoliosis.

“I always wondered how a college education would be possible. The Evans Scholarship will have a significant impact on my family, and most importantly, me,” said Gabriel. “A college education is a dream of mine that will allow me to pursue my goal of working in the medical field and serving others.”

“Brooklyn is a wonderful young woman with a bright future ahead of her,” said Stefan Richmann, Executive Vice President, Finance, BMW of North America. “We at BMW sincerely wish Brooklyn all the best at Penn State. Through the BMW Championship, we are proud to support the Evans Scholars Foundation in their mission to provide hardworking caddies like Brooklyn the opportunity to go to college and pursue their dreams.”

“Since our partnership began 12 years ago, the BMW Hole-in-One Scholarship is one of many ways that BMW has shown its support of the Evans Scholars Foundation,” said John Kaczkowski, President and CEO of the Western Golf Association. “We greatly appreciate all they have done and continue to do to support sending caddies to college.”

All net proceeds from the BMW Championship benefit the Evans Scholars Foundation, which provides full college scholarships to hardworking, young caddies with financial need and strong academic records. Since becoming title sponsor in 2007, the BMW Championship has raised more than $27 million for caddie scholarships to college. This fall, 985 Evans Scholars are attending 18 universities nationwide.

Gabriel attended the 2018 BMW Championship at Aronimink Golf Club in Newtown Square, PA where she met Day, who commemorated the achievement by autographing a hat and pin flag.