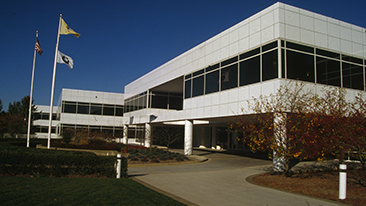 Woodcliff Lake, NJ – May 19, 2017…. Bernhard Kuhnt, President and Chief Executive Officer, BMW of North America is pleased to announce the following changes to his management team:

Shaun Bugbee will assume the role of Executive Vice President, Operations effective June 1, 2017. In his new role, Shaun will be responsible for all BMW sales operations within the U.S.

In his new role as Executive Vice President, Operations, Shaun will apply his extensive sales, financial services, and operational leadership skills to all aspects of sales operations within the U.S.

Bernhard Kuhnt is also announcing that Stefan Richmann has assumed the role of Executive Vice President, Finance, BMW of North America, LLC and Chief Financial Officer, BMW (US) Holding Corp. succeeding Stefan Walmrath who has taken on a new role in the BMW Group which will be announced at a later date.

In the course of his 20 years with BMW Group, Stefan Richmann has developed leadership expertise in controlling and budget planning, strategy development, and sales controlling.

From 2008 to 2010, he served as CFO of BMW Group, Spain. Most recently, Stefan has served at BMW Group headquarters in Munich as Vice President Price and Volume Planning, Sales Steering; Vice President of Product Management, Options and Accessories; Vice President of the BMW Group Profitability Program; and Vice-President, Organizational Development.

“We congratulate both Shaun and Stefan on their new roles and thank Stefan Walmrath for his service as CFO of North America for the last two and a half years.” said Bernhard Kuhnt, President and Chief Executive Officer, BMW of North America. “I am looking forward to working with the entire leadership team to further the success of the BMW Group here in the U.S.”

BMW Group In America
BMW of North America, LLC has been present in the United States since 1975. Rolls-Royce Motor Cars NA, LLC began distributing vehicles in 2003. The BMW Group in the United States has grown to include marketing, sales, and financial service organizations for the BMW brand of motor vehicles, including motorcycles, the MINI brand, and Rolls-Royce Motor Cars; Designworks, a strategic design consultancy based in California; a technology office in Silicon Valley and various other operations throughout the country. BMW Manufacturing Co., LLC in South Carolina is part of BMW Group’s global manufacturing network and is the exclusive manufacturing plant for all X5 and X3 Sports Activity Vehicles and X6 and X4 Sports Activity Coupes. The BMW Group sales organization is represented in the U.S. through networks of 341 BMW passenger car and BMW Sports Activity Vehicle centers, 152 BMW motorcycle retailers, 127 MINI passenger car dealers, and 36 Rolls-Royce Motor Car dealers. BMW (US) Holding Corp., the BMW Group’s sales headquarters for North America, is located in Woodcliff Lake, New Jersey.