Zanardi’s Road to Daytona: From Sprint to Marathon, from BMW M4 DTM to BMW M8 GTE

Zanardi’s Road to Daytona: “It’s a Dance”: How Alessandro Zanardi’s Driver Changes Will Work at the 24 Hours of Daytona. 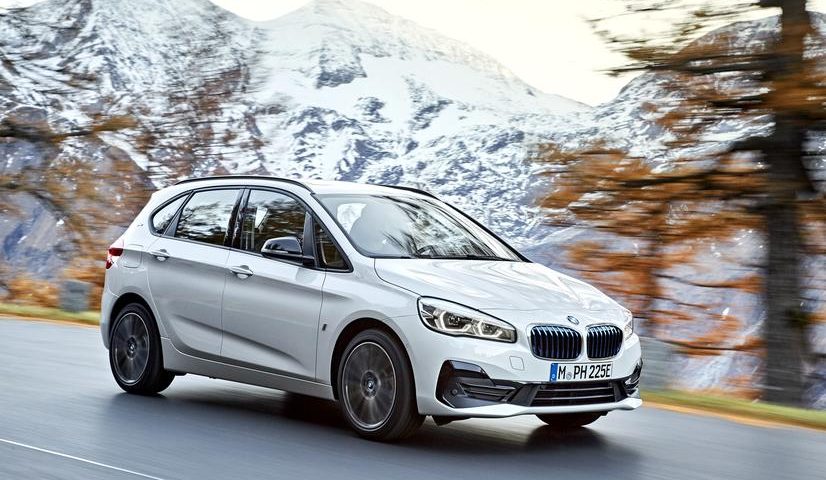 Munich, Germany- January 10, 2019.. The BMW Group sold more than 140,000 electrified (battery-electric and plug-in hybrid) vehicles in 2018, thereby confirming its leading role in the field of electromobility. In total, 142,617 (+38.4%) electrified BMW and MINI vehicles were delivered to customers around the world last year.

“Since launching the BMW i3 in 2013, the BMW Group has rapidly grown its sales of electrified vehicles. With over 140,000 delivered in 2018, we have once again achieved our ambitious target,” said Harald Krüger, Chairman of the Board of Management of BMW AG. “This great sales result and our impressive market share proves our vehicles are what the customer wants. In countries which offer appropriate infrastructure and regulatory support, we see how quickly electromobility can become the norm. I’m confident that by the end of this year, there will be a total of half a million electrified BMW Group vehicles on the roads, with much more to come as we continue to extend our model line-up over the next few years,” Krüger continued.

Market leader
Europe is the Group’s biggest sales region for battery and plug-in hybrid vehicles, accounting for over 50% of sales in 2018. With 75,000 electrified vehicles delivered to customers in Europe last year, the BMW Group is the clear market leader in the region, with over 16% market share. In the company’s home market, Germany, the BMW Group accounts for one in five electrified vehicles sold last year. Globally, the BMW Group’s market share is over 9%. The company’s biggest single market for electrified vehicles is the USA, where over 25,000 electrified BMW and MINI vehicles were sold in 2018, accounting for more than 7% of the BMW Group’s overall sales in that country. The BMW 530e (combined fuel consumption: 2.3-2.1 l/100 km; combined power consumption: 52 – 47 g/100km; combined CO2 emissions: 13.9 – 13.3 g/km*) was the year’s biggest-selling luxury plug-in hybrid in the USA.

Increased share
The growing significance of electromobility for the BMW Group’s ongoing success as the world’s number one premium automotive company can already be seen today. Electrified vehicles accounted for 6% of total BMW and MINI sales in 2018, compared with 4% in 2017.

Strategic pillar
Electromobility is an essential pillar of the BMW Group’s corporate strategy Number ONE>NEXT and one of the company’s four key future-focused ACES topics (Autonomous, Connected, Electrified and Services/Shared). Having announced record spending on R&D in 2018, Harald Krüger confirmed, “We are implementing our strategy rigorously and investing extensively in the technologies of the future; expanding our leading role in electric mobility is a clear focus. 2018 was a significant year in this regard, with the announcement of major new strategic co-operations as well as the unveiling of several key new models,” Krüger said.

2018: Major milestones
FEBRUARY: The BMW Group announces a joint venture with the Chinese manufacturer Great Wall, with the initial focus of the cooperation on the joint R&D and local production of a MINI electric vehicle. This decision was taken for strategic reasons, in order to leverage the potential of the MINI brand. The BMW Group views China as the premium market of the future and it’s already the most active e-mobility market in the world, with huge potential. MINI is the perfect match for the market and the vehicles will be even more attractive to customers there if they are built locally.

MARCH: At the Geneva Motor Show, Harald Krüger confirms the BMW i Vision Dynamics will go into series production as the BMW i4, built in Munich from 2021.

APRIL: The BMW Concept iX3 is revealed at the Beijing Auto Show, the first full-electric model in the core BMW brand. It will be built in China and exported to the world, with a market launch scheduled for 2020.

JULY: The BMW Group signs a long-term contract worth four billion euros with the Chinese company Contemporary Amperex Technology Co. Limited (CATL) to supply battery cells. The award of this contract is a decisive factor in CATL’s decision to build the world’s most advanced battery cell manufacturing facility in Germany. From 2021 onwards, cells for the BMW iNEXT – which will be manufactured at the BMW Group plant in Dingolfing – will be supplied by the new CATL plant in Erfurt. The BMW Group has thereby anchored the entire e-mobility value chain in Germany – from battery cell production through to the finished vehicle.

SEPTEMBER: The world’s press are granted a first look at the BMW iNEXT Vision Vehicle, the BMW Group’s pioneering spearhead for future innovation. It combines autonomous driving, connectivity, electrification and services while keeping the focus on the customer and offering them their new “Favourite Space”. The BMW iNEXT Vision Vehicle runs on the company’s fifth generation electric-drivetrain, with a range of over 600 km in the WLTP cycle.

OCTOBER: The BMW Group, Northvolt and Umicore form a joint technology consortium in order to work closely together on the continued development of a complete and sustainable value chain for industrialised battery cells for electrified vehicles in Europe. Given the sharp rise in demand for battery cells, the consortium also aims to close the life-cycle loop of raw materials to the greatest possible extent with comprehensive recycling.

NOVEMBER: Further development of BMW eDrive technology sees the launch of the BMW i3 (120 Ah) and the BMW i3s (120Ah) (combined fuel consumption 0.0/0.0 l/100 km; combined power consumption 13.1/14.0 – 14.6 kWh/100 km; combined CO2 emissions: 0 g/km*). The storage capacity of this pioneering car’s high-voltage battery has therefore been doubled since its original market launch in 2013. In everyday use, the two models are now able to cover a distance of 260 kilometres. Remarkable in many ways, the BMW i3 also bucks the usual sales curve: deliveries of the BMW i3 have increased every year since it was launched, with 2018 sales up 11% on the previous year.

NOVEMBER: The electric motors and high-voltage batteries developed for the BMW i3 will be used to power a city bus made by Karsan which is designed specifically for use in inner-city traffic. This follows the successful co-operation with the Deutsche Post subsidiary Streetscooter, where BMW i battery modules enable the street scooter to be used all day for delivering letters and packages without the need for interim charging.

2019: New launches
This year will see the launch of several new plug-in hybrids, including the new generation BMW X5 plug-in hybrid (combined fuel consumption: 2.1 l/100 km; combined power consumption: 23.0 kWh/100 km; combined CO2 emissions: 49 g/km*) and the new BMW 3 Series plug-in hybrid (fuel consumption: from 1.7 l/100 km; CO2 emissions: from 39 g/km*). These models will have the latest generation of electric drive trains, offering an electric range of up to 80 km according to the NEDC cycle. 2019 is also the year when the hotly anticipated MINI Electric will be revealed, which will be built in Oxford, UK.

This wide range is possible thanks to highly flexible vehicle architectures and an equally flexible global production system. Going forward, the BMW Group will be capable of manufacturing models with all-electric (BEV), plug-in hybrid (PHEV) and conventional (ICE) drivetrains on a single production line. Its ability to integrate e-mobility in the production network enables the BMW Group to respond even more flexibly to the increasing demand for electrified vehicles. By the end of 2019, the BMW Group expects to have more than half a million electrified vehicles on the roads.

All performance, fuel consumption, emissions and range figures are provisional.
* Fuel consumption, CO2 emissions, power consumption and range have been calculated based on the new WLTP test cycle and adapted to NEDC for comparison purposes, dependent on the tyre format selected. In these vehicles, different figures than those published here may apply for the assessment of taxes and other vehicle-related duties which are (also) based on CO2 emissions.