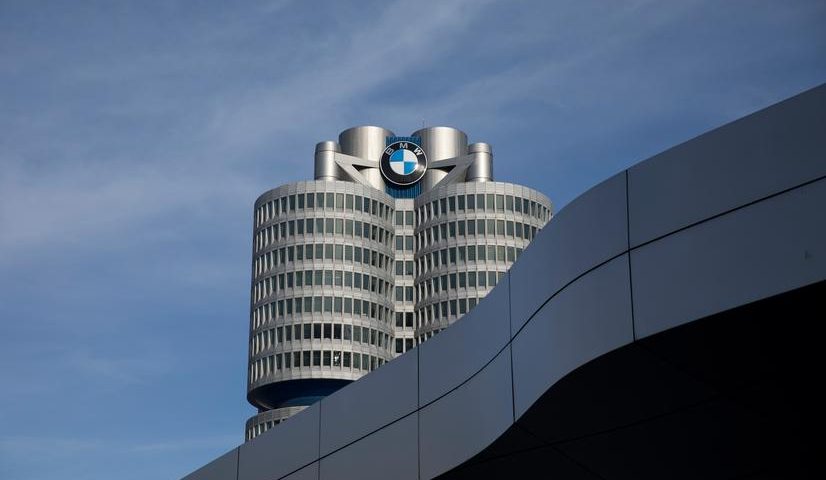 Munich, Germany- November 7, 2018… The BMW Group remains firmly committed to following its forward-looking strategy, despite the current challenging conditions. In line with its Strategy NUMBER ONE > NEXT, the BMW Group continues to invest extensively in tomorrow’s technologies and is maintaining its steady course, despite highly volatile geopolitical and trade policy developments.

“Our forward-looking approach has absolute priority. Particularly in these volatile times, we are maintaining our focus on the future and taking the decisions that will lead to tomorrow’s success,” said Harald Krüger, Chairman of the Board of Management of BMW AG, in Munich on Wednesday. “We stand for trust and continuity. The BMW Group has more than 100 years of experience in dealing with transformation and volatility in a rapidly changing world. This is why we see challenging conditions as an opportunity to move forward and strengthen our position as market leader. We are implementing our strategy rigorously and investing extensively in the technologies of the future, despite today’s volatile environment,” Krüger emphasised.

Research and development expenses during the first nine months of 2018 exceeded last year’s corresponding figure by around € 400 million and totalled € 3,881 million (+11.4%). As previously reported, full-year R&D expenses are likely to amount to as much as seven per cent of Group revenues in 2018 (2017: 6.2%). This level of expenditure was reached in the third quarter, with an R&D ratio of 6.9%. At € 2,889 million, capital expenditure over the nine-month period from January to September was also up on the previous year (2017: € 2,817 million). In addition to ramping up the roll-out of new models, the focus is on expanding business in the fields of electric mobility and autonomous driving. As the world’s leading provider of premium mobility, the BMW Group puts the needs and desires of its customers first and is continuing its ground-breaking work on the four ACES topics (Autonomous, Connected, Electrified and Services/Shared).

“We remain an ambitious company, setting ourselves challenging targets. However, along with the rest of the industry, we are increasingly confronted with adverse external factors, the negative impact of which cannot be fully offset,” commented Nicolas Peter, Member of the Board of Management of BMW AG, Finance. “The BMW Group is extremely flexible and we are countering these developments rigorously. We remain unconditionally focused on the issues of crucial importance for the future, while at the same time optimising our internal processes. The BMW Group’s strong financial performance remains the basis for sustained success, enabling our company to play a key role in shaping the transformation currently taking place in our industry.” Despite the current very challenging environment, the BMW Group’s Automotive segment generated free cash flow of € 2,042 million (2017: € 2,703 million) in the first nine months of the current year.

In recent months in particular, the BMW Group has taken numerous key strategic decisions to underpin its future success on a sustainable basis. The BMW Group is bolstering its global production network, focusing keenly on Europe, China and the USA. In September, the four-millionth vehicle was produced at the Spartanburg plant in the USA, the Group’s largest manufacturing facility worldwide. The BMW Group is currently investing in its Spartanburg plant on a substantial scale, preparing the plant for future generations of BMW X models and enlarging the local workforce from a current figure of around 10,000 employees to 11,000 employees by 2021. In addition to the 1,400 BMW X3, X4, X5 and X6 vehicles currently produced daily in Spartanburg, from December onwards the new BMW X7 is set to become the fifth BMW model to be manufactured at the South Carolina plant.

A few weeks ago, the BMW Group also announced its intention to comprehensively expand its business in China. As the first foreign automobile manufacturer to take this step in China, the BMW Group has agreed with its local partner, Brilliance, to acquire a majority stake in the BMW Brilliance Automotive joint venture. At the same time, the contractual term of the joint venture is to be extended until 2040. Investments of more than three billion euros in local plant structures were announced in connection with this ground-breaking agreement. These measures strengthen the company’s position in China, a dynamic growth market.

With the launch of the BMW i3, the BMW Group established itself early as a pioneer in the field of electric mobility. Electrification is one of the key pillars of the Group’s Strategy NUMBER ONE > NEXT. By 2021, the BMW Group will have five all-electric models: the BMW i3, the MINI Electric, the BMW iX3, the BMW i4 and the BMW iNEXT. By 2025, that number is set to grow to at least twelve models. Including plug-in hybrids – whose electrically powered range will increase significantly in the coming year – the BMW Group’s electrified product portfolio will then comprise at least 25 models.

At the beginning of the third quarter, the BMW Group signed a long-term contract with the Chinese company Contemporary Amperex Technology Co. Limited (CATL) to supply battery cells with a value of four billion euros. The award of this contract was a decisive factor in CATL’s decision to build the world’s most advanced battery cell manufacturing facility in Germany. From 2021 onwards, cells for the BMW iNEXT – which will be manufactured at the BMW Group plant in Dingolfing – will be supplied by the new CATL plant in Erfurt. The BMW Group has thereby anchored the entire e-mobility value chain in Germany – from battery cell production through to the finished vehicle.

One of the prerequisites for expanding e-mobility volumes on this pioneering scale is the ability to efficiently manage the highly sought-after raw materials needed to manufacture the battery cells. In order to ensure security of supply, the BMW Group will in future purchase specific raw materials such as cobalt itself, and then make them available to battery cell suppliers – a strategy that has already proven its worth for aluminium and other resources. In addition, negotiations are being held with suppliers with the aim of concluding long-term agreements for battery raw materials that meet the BMW Group’s sustainability criteria.

Furthermore the BMW Group is establishing a joint technology consortium together with Northvolt (a Swedish battery manufacturer) and Umicore (a Belgium-based company engaged in developing battery materials), thereby taking a further step to ensure access to the cell technology so vital for electric mobility. The collaboration will extend to the development of a complete, sustainable value chain for battery cells in Europe, including development, production and ultimately recycling. The recycling of battery components will play a key role: given the sharp rise in demand for battery cells, the consortium’s stated aim is to close the life-cycle loop of raw materials to the greatest possible extent with comprehensive recycling.

In terms of its core business, the BMW Group had always expected 2018 to be a challenging year. Compared with 2017, additional upfront expenditure of around one billion euros for the mobility of the future and a high three-digit million euro negative impact from exchange-rate and raw-materials-price developments had been factored into expected earnings for the year.

As announced on 25 September 2018, several additional factors further restricted business performance in the third quarter. Unlike many of its competitors, the BMW Group implemented the requirements of the WLTP regulations at an early stage. The industry-wide shift to the new WLTP test cycle has resulted in significant supply distortions in Europe and unexpectedly intense competition, given that numerous competitor models without WLTP certification were registered before 1 September. As a result, within the framework of its flexible production and sales strategy and given its focus on earnings quality, the BMW Group decided to reduce its volume planning. At the same time, increased goodwill and warranty measures resulted in significantly higher additions to provisions in the Automotive segment. In addition, the ongoing international trade conflicts had the effect of aggravating the market situation and feeding consumer uncertainty. These circumstances resulted in unexpectedly severe distortions in demand and therefore pressure on pricing in several markets.

Compared to the previous year, deliveries of Rolls-Royce Motor Cars rose by 13.5% (2,659 units) in the first three quarters of the year. Worldwide demand for all Rolls-Royce models, including the Black Badge variants of the Dawn, Ghost and Wraith, remains strong. Preparations are underway for the first deliveries of the Rolls-Royce Cullinan to customers, which are scheduled for early 2019. This new all-terrain model is already enjoying strong customer demand, with the order book filled well into the coming year.

Whereas deliveries of the BMW Group’s three automotive brands in Europe remained virtually unchanged at the previous year’s high level (816,037 units), the Americas(336,258 units; +3.0%) and Asia (638,449 units; +2.8%) regions recorded slight growth for the nine-month period. In China, the pace of growth in the number of deliveries to customers rose significantly in the third quarter (160,047 units; +11.5%), thanks to the ramp-up of the local production of the new BMW X3.

The BMW Group’s workforce comprised 133,475 employees at 30 September 2018, 2.7% more than at 31 December 2017. Skilled workers and IT specialists in future-oriented areas, such as digitalisation, autonomous driving and electric mobility continue to be recruited.

Forecasts for the current year are based on the assumption that worldwide economic and political conditions will not change significantly. The BMW Group continues to benefit from its strong brands and attractive product portfolio, whilst at the same time having to deal with high levels of upfront expenditure for key new technologies, intense competition and rising personnel costs. The global political and economic environment is expected to remain volatile.

1 Excluding dormant employment contracts, employees in the work and non-work phases of pre-retirement part-time working arrangements and low wage earners.
2 Earnings per share of common stock/preferred stock
3 2017 figures were adjusted according to IFRS 15 – see note [5] in quarterly report.
4 Value for 2018 (including a loss from discontinued operations of € 22 million)


The BMW Group – an overview3rd quarter

1 Excluding dormant employment contracts, employees in the work and non-work phases of pre-retirement part-time working arrangements and low wage earners.
2 Earnings per share of common stock/preferred stock
3 2017 figures were adjusted according to IFRS 15 – see note [5] in quarterly report.
4 Value for 2018 (including a loss from discontinued operations of € 15 million)