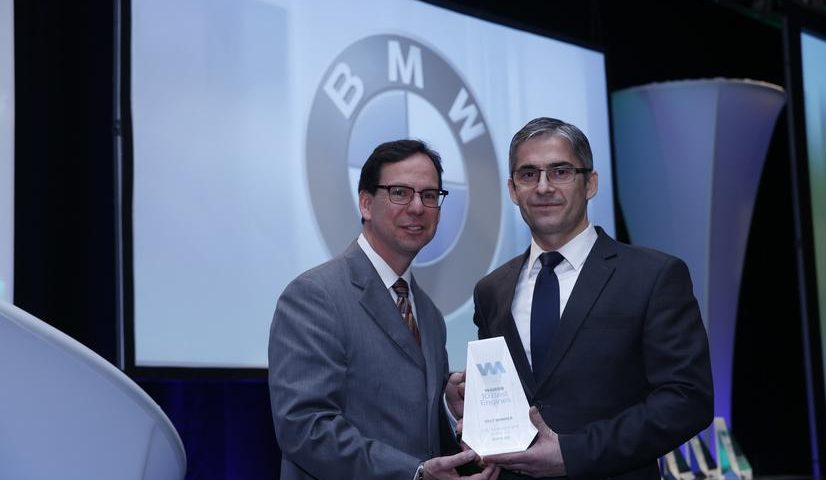 This year Wards Auto judges were impressed by this engine, “… the B58 idles with serene confidence and revs with buttery smoothness no matter how close to the redline” stated Tom Murphy, Executive Editor at Wards Auto World. “BMW saw an opportunity in a new EfficientDynamics modular architecture for inline 3-, 4- and 6-cylinder engines all displacing 500 cc per cylinder and sharing certain dimensions and interchangeable parts. We know the modular approach works wonder because the 2.0 liter 4-cylinder B46 engine in the BMW 330i came within a hair of joining the B58 big brother on the list his year and the 1.5 liter 3-cylinder B38 that powers the MINI Cooper is a hoot, too” noted Murphy.

The award winning 6-cylinder BMW M Performance TwinPower Turbo technology engine in the BMW M240i produces 335 hp and 369 lb-ft of torque providing a 0-60 mph run of just 4.4 seconds while approaching 26 miles per gallon during Wards testing. The M240i starts at $44,450 plus Destination and Handling and is available at dealerships.

BMW Group In America BMW of North America, LLC has been present in the United States since 1975. Rolls-Royce Motor Cars NA, LLC began distributing vehicles in 2003. The BMW Group in the United States has grown to include marketing, sales, and financial service organizations for the BMW brand of motor vehicles, including motorcycles, the MINI brand, and Rolls-Royce Motor Cars; Designworks, a strategic design consultancy based in California; a technology office in Silicon Valley and various other operations throughout the country. BMW Manufacturing Co., LLC in South Carolina is part of BMW Group’s global manufacturing network and is the exclusive manufacturing plant for all X5 and X3 Sports Activity Vehicles and X6 and X4 Sports Activity Coupes. The BMW Group sales organization is represented in the U.S. through networks of 341 BMW passenger car and BMW Sports Activity Vehicle centers, 153 BMW motorcycle retailers, 126 MINI passenger car dealers, and 36 Rolls-Royce Motor Car dealers. BMW (US) Holding Corp., the BMW Group’s sales headquarters for North America, is located in Woodcliff Lake, New Jersey. Information about BMW Group products is available to consumers via the Internet at:www.bmwgroupna.com