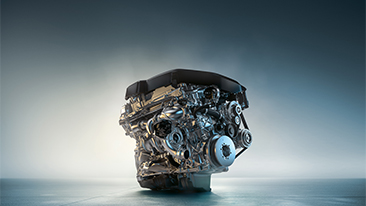 Accepting the award on behalf of everyone at BMW who has worked tirelessly and passionately to bring the new engine to production was Ralph Mahler, Head of Product Planning and Strategy for BMW of North America. “The inline six-cylinder engine has been the heart and soul of the Ultimate Driving Machine for over eighty years.” said Mahler. “Every new updated version continues to improve the engine’s refinement, smoothness, power delivery and efficiency; all traits which are valued by our customers today and without doubt for many more years to come. We are extremely grateful and thankful for this recognition by the WardsAutos jurors.”

BMW’s inline six-cylinder passenger car engine history began 87 years ago with a 1.2 liter 30 hp version powering the BMW 303 sedan. Today, as one of the most versatile engines in the modern BMW lineup, the 3.0-liter inline six-cylinder engine configuration can be found powering vehicles from almost every BMW model line, with versions from 335 hp up to 503 hp.

“We tested this B58 inline six-cylinder turbo a year ago in the larger X5 and it won, with 335 hp.” said Tom Murphy, WardsAuto Managing Editor. “Now, just a year later, it comes to us in the all-new 3-Series, which is quite a bit lighter, with an extra 47 hp. The B58 was great then – it’s even better now. Stretching its legs, the M340i exhibits a glorious, throaty exhaust note, especially when cycling through gears with paddle shifters. This engine is remarkably flexible, great for daily driving and thrilling under a heavy foot.”