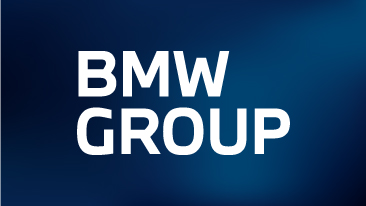 The PGA TOUR and tournament officials announced today that the 2020 BMW Championship will be played without spectators, with all four rounds of the event to be broadcast live, as scheduled, on NBC and the Golf Channel on August 27-30.

“As we have said from the start, our No. 1 priority remains the health and safety of everyone in the communities where we are invited guests each week,” said PGA TOUR Chief Tournaments and Competitions Officer Andy Pazder. “We appreciate the understanding of the Western Golf Association, BMW and – of course – the fans of Greater Chicago for recognizing why this decision needed to be made. We continue to be very excited about the opportunity to present the BMW Championship to a global audience as part of the three-week stretch of FedExCup Playoffs events.”

Tournament officials remain committed to delivering a world-class PGA TOUR event that will again benefit the event’s sole charity, the Evans Scholars Foundation, helping them send deserving caddies to college.  The top 70 PGA TOUR players will compete on Olympia Fields Country Club’s historic North Course vying to earn one of 30 spots in the TOUR Championship and the chance to be crowned FedExCup champion.

“We greatly appreciate the support of BMW, Olympia Fields Country Club and the PGA TOUR in conducting the 2020 BMW Championship,” said Vince Pellegrino, WGA senior vice president of tournaments. “We will continue to work with them and follow the recommendations and regulations of county, state and federal officials to ensure the safety of the players, volunteers and staff essential to conducting the BMW Championship.”

“Our BMW Championship team has been working tirelessly over the past several months to develop a comprehensive plan for a limited number of spectators, following guidance from the PGA TOUR and county and state officials,” Pellegrino added. “However, we understand the challenges and concerns that COVID-19 has created and recognize the decision to proceed without spectators is in the best interest of everyone involved.

“While our fans won’t be able to attend this year’s BMW Championship,” Pellegrino added, “we encourage them to stay engaged with this year’s tournament by following the competition on the  BMW Championship and PGA TOUR social media channels and tuning into our broadcast partners.”

Fans who already have purchased BMW Championship tickets through Ticketmaster will automatically receive a full refund within the next 30 days. Those still interested in contributing to the Evans Scholars Foundation’s mission of sending deserving caddies to college may make a gift through the Foundation’s secure website or by calling 224-260-3746.

“With so many families impacted in so many ways this year by COVID-19, we’re seeing an even greater need to help young men and women afford the high costs of earning a college education,” Pellegrino added.

To learn more about the 2020 BMW Championship, please visit www.bmwchampionship.com.

The North Course has been ranked continually by Golf Digest as one of America’s “Top 100 Greatest Courses,” currently at No. 79 among all golf courses in the United State. The North Course also is ranked No. 47 on Golfweek’s latest list of “Best Classic Courses.” Rickie Fowler and Vijay Singh share the course record of 63.